Cyprus Is Doomed: Why the Country Must Leave the Euro Immediately

“But the question now isn’t whether Cyprus should keep the euro. It’s whether Cyprus should leave the euro. Those aren’t the same thing anymore. As Tyler Cowen points out, a euro that can’t leave Cyprus is worth less than other euros. Just how much less depends on how strictly Cyprus prevents euros from leaving the country. In other words, as long as it has capital controls, Cyprus doesn’t really use the euro anymore even though its money says “euro” on it. It uses Cypriot euros. And Cypriot euros are worth maybe 95 or 90 or 80 percent, or less, of other euros.

Cyprus is stuck in euro-limbo. It’s not enjoying the benefits of the common currency, but it’s not enjoying the benefits of its own currency either. Not that bringing back its own currency makes sense, right? As Barry Eichengreen points out, countries can’t leave the euro because its banks would collapse and there would be massive capital flight, and … wait. These things have already happened in Cyprus. Its banks just got restructured, and it just instituted capital controls. There’s not much left to lose from euro-exit. And plenty to gain.”

Posted by Costas Taliadoros on March 29, 2013 in Recommended articles

“My teeth feel a bit better if i stop thinking about them” she tells me.

“It’s called mind over matter. If we don’t mind, it doesn’t matter.”

Posted by Costas Taliadoros on March 29, 2013 in Quotes

Movie of the week – The Sessions

Posted by Costas Taliadoros on March 29, 2013 in Movies, TV & Documentaries

Posted by Costas Taliadoros on March 27, 2013 in Books

Ascribing responsibility and the interpretation of history

Again, an older post but appropriate with the current events in Cyprus.

“Indeed, isn’t the whole business of ascribing responsibility a kind of cop-out? We want to blame an individual so that everyone else is exculpated. Or we can blame a historical process as a way of exonerating individuals. Or it’s all anarchic chaos, with the same consequence. It seems to me that there is – was – a chain of individual responsibilities all of which were necessary but not so long a chain that everybody can simply blame everyone else. But of course, my desire to ascribe responsibility might be more a reflection of my own cast of mind than a fair analysis of what happened. That’s one of the central problems of history, isn’t it sir? The question of subjective versus objective interpretation, the fact that we need to know the history of the historian in order to understand the version that it being put in front of us.”

Posted by Costas Taliadoros on March 26, 2013 in Quotes

Learn to Enjoy Your Own Company

I don’t know… I think I’d like to say only that they should learn to be alone and try to spend as much time as possible by themselves. I think one of the faults of young people today is that they try to come together around events that are noisy, almost aggressive at times. This desire to be together in order to not feel alone is an unfortunate symptom, in my opinion. Every person needs to learn from childhood how to be spend time with oneself. That doesn’t mean he should be lonely, but that he shouldn’t grow bored with himself because people who grow bored in their own company seem to me in danger, from a self-esteem point of view.”

Posted by Costas Taliadoros on March 25, 2013 in Antidote, Recommended articles

Movie of the week – Out of Sight 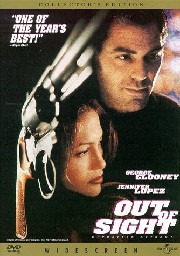 Posted by Costas Taliadoros on March 22, 2013 in Movies, TV & Documentaries

Tags: george clooney, jeniffer lopez, movie of the week, movies, out of sight

Selling board games for charity (4th and final update)

Power Grid was the last board game sold for charity. Thank you very much Costas (the Catch-22 Costas) for taking it off my hands!

So, with the funds raised at EUR90 i rounded it up to EUR150 and i provided this amount to Συνδεσμος Φιλων Παιδικης Στεγης in Nicosia. They will use this money to fund the education of the children (speech therapists, psychologists etc).

Finally, thank you to the 4 people who purchased the games and i hope you all enjoy playing them with family and friends!

Posted by Costas Taliadoros on March 21, 2013 in Board games, Declutter diary

I had posted this some time ago but it’s more relevant now than before….

“One is reminded of the statement by Sir Mervyn King, governor of the Bank of England, who once said that it may not be rational to start a bank run, but it is rational to participate in one.”

Posted by Costas Taliadoros on March 18, 2013 in Quotes

Why it’s smart to be reckless on Wall Street

Why it’s smart to be reckless on Wall Street (link)

“That asymmetry in pay (money for profits, flat for losses) is the engine behind many of Wall Street’s mistakes. It rewards short-term gains without regard to long-term consequences. The results? The over-reliance on excessive leverage, banks that are loaded with opaque financial products, and trading models that are flawed.”

Posted by Costas Taliadoros on March 18, 2013 in Recommended articles

Tags: recommended articles, wall street, why it's smart to be reckless on wall street