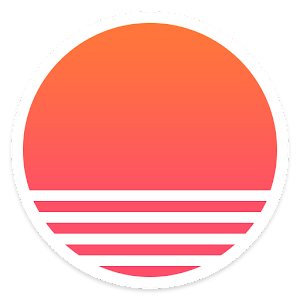 It’s only been a week but i’m impressed with Sunrise Calendar, especially with how well it is integrates with various other applications i’m using (Evernote, Toodledo, Google Calendar).

I will slowly start phasing out Toodledo (which i like) because i want to streamline/consolidate things a bit and use a combination of Evernote and Sunrise for my reminders and To Do Lists.

Apart from the tablet versions there is also a web version.

Posted by Costas Taliadoros on July 3, 2014 in Technology, The Web

A week ago I subscribed for 1 year to the NHL Gamecenter. The 1 year subscription gets you access to all the games live or on demand to watch later. You can also watch just the 10mins highlights from each game. When i purchased it, it was USD99 (EUR78) and now it’s only USD49. I’m not sure why there such a big drop. Probably because we are closer to the end of the season.

I’m very impressed so far. You can watch the games either on a PC or a tablet (Google App which is what i do). The quality is excellent and is 99% perfect streaming whether it’s live or not. Yesterday i was watching live the Winter Classic between Detroit and Toronto played in Detroit. It was taking place outside in an American football stadium with more than 100,000 fans on the stands in freezing conditions. Once again the streaming was perfect. During live games you also have the option to switch between the broadcaster of the home team or that of the away team.

I compare this with what we get for football, especially in Cyprus. I currently pay EUR52/month to basically watch the Premier League. I’m also getting Cypriot Football, La Liga and Bundesliga and some TV shows and movies. But i don’t need this bundle of channels. I just want to watch the Premiership and i would strip away everything else if that meant getting a reduced price. Not only that but i have to be at home to watch. With the NHL Gamecenter i could be anywhere and i can watch everything on demand on the tablet.

I really hope that we get something like this in football but i doubt it as i think the Premiership gets more money by selling the rights to individual broadcasters in different countries. There is a lot of commercialisation in american sports (more breaks and ads) but they are years ahead on this one.

Posted by Costas Taliadoros on January 2, 2014 in Football, The Web

I enjoy sharing articles and videos a lot.

I used to do most of this using emails i.e. sending the link to specific groups of people who would be interested in the particular topic i.e. life, technology, board games, football.

Although I still do that, now i share most articles through facebook and twitter. This is something that has definitely improved with the tablet. With the Kindle i often read an article, made a note to share but then forgot to actually do it. Now i can do that instantly. It’s not only that though. I can now follow the links included in articles, something i could never do with the Kindle.

Of course there is a drawback with this.

I’m always tempted to share too many things because it’s so easy to do which can result in a flood of links and information. When you do this you basically end up spamming people. So sharing has become easier to do but now it requires more self control and a better filtering.

Posted by Costas Taliadoros on October 14, 2013 in Lifestyle, The Web

Before you aim for someone’s job, look at the price they paid to get there

“Whenever I write about grad school, someone writes in the comments about how I’m just bitter that I didn’t get a degree.

But what I’m really bitter about is that no one wanted to have sex with me. Some famous poet was a visiting professor, hitting on every grad student but me. And Leslie Epstein was there, who is not only king of the Jews but the father of Theo Epstein, a big name in baseball. Leslie said I’m the best sex writer he’s ever read. So why wasn’t he asking me for sex?

Posted by Costas Taliadoros on May 23, 2013 in Antidote, The Web, Work

Google reader will be discontinued on 1 July by Google.

I’ve been using Feedly for the past month or so. It has improved during this time, especially the PC version and has practically all the sharing options one needs (Evernote, Instapaper etc). However, it looks a bit “busy” but it’s my preferred option if i want to read something on the PC or on the phone.

Another application was recommended to me recently which is only available on Android right now. It’s called gReader. It’s more plain looking but probably more functional. It reminds me of the official Google version. It also has a lot of sharing options, not sure if on the same level of Feedly though. It’s good but i’ve noticed some lag when using it lately i.e. not very responsive when clicking on stuff. But if you are just using the reader as an intermediary to send articles to other applications such as Instapaper i prefer it from Feedly.

Waste your time away with Tweetping. Very cool.

Posted by Costas Taliadoros on February 7, 2013 in The Web

I just saw these photos and had to post the link.

Posted by Costas Taliadoros on January 9, 2013 in The Web

Thanks to Dubious Quality for linking these.

Posted by Costas Taliadoros on October 12, 2012 in The Web

I am currently a subscriber to the following magazines and newspaper. From the below one can easily ascertain that the model is not yet mature in terms of pricing and content access.

I am a subscriber to the FT Kindle edition and i currently pay USD335.88 which is around EUR270. This is just the actual FT daily newspaper. On the other hand the standard digital access FT subscription costs EUR30 more but allows almost full access to the FT content. Using Calibre one can also get the FT paper on the Kindle using the digital subscription, although with some hassle involved.

I only subscribed to the FA magazine a week ago. The digital subscription gives full access to all the content including the print magazine’s articles. Using Calibre you can also get it on the Kindle and so far as i can tell with no problems whatsoever.

Compare that to the Kindle edition with which you don’t have access to the site’s content and it actually costs USD13 more. How does that make any sense? The Kindle edition does have “extras” such as the number of words an article contains (this is basically the only way to figure out how long an article is, which is one of the Kindle’s limitations) but are these “extras” worth USD13?

Finally, there is The Economist (part of the Pearson group which includes the FT). There is a difference here compared to the other two which is that the Kindle edition is not actually available to Cyprus yet. It’s good to look at it however because it does have the same pricing immaturity when it comes to its content. I am currently subscribed to the digital subscription model which again using calibre can provide me with a Kindle version in addition to the site’s content. I am paying EUR125 per year for this  while the Kindle edition would have set me back EUR150 and no access to the site.

It’s obvious that the Kindle editions are not just overpriced but the subscribers are also completely cut off from the sites these magazines and newspapers have. This can change once the Kindle (or any other ebook reader) becomes more capable of browsing the internet and therefore accessing sites. Currently ebooks are basically cut off from internet content. The Kindle Fire is a tablet and lacks the e-ink screen so i don’t see it to be the solution. Of course this will be solved at some stage further into the future when tablets and ebook readers have the technology for some sort of dual screens.

Posted by Costas Taliadoros on September 3, 2012 in Books, The Web

I talk to Strangers

A few weeks ago, it was a Sunday, i was bored more than my usual amount. For whatever reason i decided to do some online chatting. I had not done this since the first couple of years i came back to Cyprus after my studies. I think it was around 2002.

I googled “best online chat rooms” and clicked on www.omegle.com which requires no registration. In fact the way they depict the conversation is like this,

There was a lot of “garbage” to go through, most of which was M looking for F. There were also many Chinese and Indians. An Indian i spoke with was studying hotel management and his dream is to run a 5 star hotel. I liked this guy, the freshness of youth!

Eventually i settled down with two Strangers.

The first was a F student from Australia, early 20s. This was a slow starter. It was a bit boring in fact. What do you do and this kind of stuff. Then the conversation switched to music and we took turns giving each other songs to listen to. Songs we liked and hoped the other one would too. It turned out to be awesome. F was into R&B whereas i was mostly into rock. She made me feel old at some point though when i mentioned that i liked Dire Straits and she said that they were one of her dad’s favourite bands…….

Stranger number 2 was Victor from Argentina. Early to mid 20s if i remember correctly. Victor and I talked about books. At the time he was reading The Myth of Sisyphus, by Albert Camus whereas i was reading Ender’s Game. He was surprised that we were having this kind of conversation on Omegle. Victor was very much into European writers and he pointed out that i was primarily focused on Anglo/Saxon. He made me very conscious of this and I’d like to make a few adjustments to the books i read now. It was very ironic that we were talking about Camus and we were both talking to Stranger! Although the excitement of conversation seems to have worn off now it was pretty cool and we even ended up exchanging a couple of emails.

Then a week after my first experience,

I logged in again and this time i only talked to a young man who is a filmaker in DC. I lied at first when he asked where i was from. I said Greece and immediately he replied “Giorgos Lanthimos” and after pleading ignorance of the name he told me that he was the director of Dogtooth, a film i have actually watched…. After talking for a while, he actually sent me an invitation to join Letterboxd which is a great site for rating films you’ve watched, adding movies to your watchlist and making lists of your own. The best part if that you find movies you’ve never heard of and movies your friends have rated.

Then finally, there was the 20yr old from Canada who is studying engineering and at the same time writing a sci-fi novel. He has the whole story and characters in his head. It’s based around his life and the people he’s known over the years. At the moment he’s written 50 pages and i can tell he will finish it quite soon. Unfortunately we were cut off and since the conversations are random we never spoke again. Pitty.

When was the last time you had a good conversation with a complete Stranger?

Posted by Costas Taliadoros on August 20, 2012 in Lifestyle, The Web