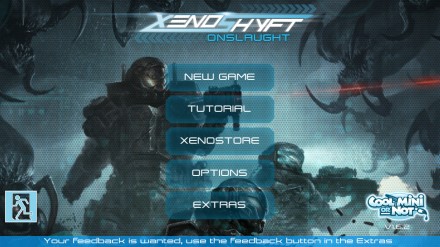 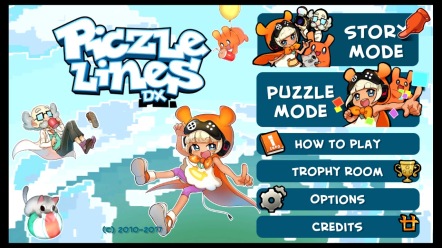 Picross 3D (DS) – I am playing this on the 3DS and loving it. Completing a level is relatively straight forward but doing it within the time limit to achieve a gold medal takes it to another level. This puzzle game brings out completely different feelings compare to Piczle Lines DX (see below). I become very competitive, focused, frustrated but also determined to get gold for every level. There was 1 level so far where i feel i cheated. I had played it so many times that i had memorised the layout it. After many, many failed attempts to solve it with deduction i finally decided to use my knowledge of the level to solve it within the time limit. It has only happened once so far but i am still on level 7 and there are 10 levels. So we will see. Great, great game and i can’t wait to play Picross 3D Round 2 (3DS) once i am done with this one.

Cave Story + (Switch) – A lot of hype around this one but it has left me mostly irritated so far. It contains 2 things that i dislike. Loose platforming and boss battles. A lot of them. Also there are multiple endings and unless you read wikis there isn’t a way to understand how to unlock the best ending. For the time being i will be happy if i just finish it once so i don’t care what ending i get and i doubt i will come back to it after i am done to replay it.

Crusader Kings II (PC) – I put a pause to this after around 30hrs. I have dynasty in the north of Spain. Very interesting and deep game but obtuse in every way with a lazy tutorial. I think i will need to add 1-2 small expansions to it at some point. This is truly a lifestyle game and it would be more fun if i played it multiplayer with friends.

Xenoshyft (PC) – I played the physical game a couple of games (solo) and to help me refresh the rules i also re-installed the digital version. The implementation does the job and there is a great game here. Again, i wish i played it co-op but i am still enjoying it solo.

Piczle Lines DX (Switch) – After 165 hours or more according to the Switch stats i completed all the puzzles and trophies for the game. Wow! Hours and hours of relaxing game time. One of the most “comforting”puzzle games I’ve played.

Posted by Costas Taliadoros on January 29, 2019 in Video games

It’s been a solid year as far the quality of new-to-me games. I made a considerable effort to avoid being introduced to too many new-to-me games this past year and maybe that has had an effect.

This year i didn’t do a top 10 because to be honest i didn’t play that many great games and this has reinforced my belief and intend to play more of the games i already know i enjoy. There are so many of those already.

1. Sidereal Confluence & The Mind: Two very different games but they have both been a breath of fresh air. Sidereal has finally given me a negotiation game i can love while The Mind’s ability to provide entertainment at any time and with any group is remarkable.
3. Gloomhaven: The best dungeon crawler I’ve played. The card scenarios I’ve seen so far look a bit samey (kill all enemies) but i enjoy the card play and appreciate the built-in timer with the exhaustion mechanism.
4. Quartermaster General: 1914 Needing 5 instead of 6 players means it’s easier to get to the table than the original version. I’m also a big fan of the WWI setting which helps. The best team vs team game I’ve played this year.
5. Fog of Love A game that constantly surprised me after each session. Started as a fun role playing game for me and evolved into something very different. A game with more meat and less role playing? Probably. The best new to me 2 player game.

–Kakerlakenpoker Royal  Much better in practice than on paper. The ShutUp-Sitdown recommendation was spot on.
– Azul Easy to teach, great components, has enough depth and is liked by everyone at the table. Very solid abstract.
– Menara Only played it a few times at a single gathering. Really liked what i saw though.
– Assault on Doomrock Too long and too difficult? Maybe, but i still like it.
– Shadowrift I love the Town mechanism. Solid co-op deckbuilder.

Posted by Costas Taliadoros on January 15, 2019 in Board games

During Christmas there was an article in the Financial Times encouraging us to write thank you notes.  In the author’s household the rule is “you cannot unwrap the next present until you have written a thank-you note for the last one“.

I am modifying the idea in order to help me be more thoughtful with what i buy, read and play. The rule is, i can’t give up a book/game* and start another unless i write a thank you note first.

This will also help on another matter, which is articulating what i like and don’t like about a specific book/game*.

The first thank you is to Gone Home.

On Sunday i played Gone Home (PC) which i had in my Steam Library for some time. It had a very moving and immersive story.  Even though it only lasted 2 hours i think it will stay with me. Based on the achievements i can see that i missed journal entries (i also failed to open something) but i don’t want to go back now just for that. This is what i did with Her Story and it sort of ruined the experience for me. Maybe in a year or two and i will go through the whole thing again.

Posted by Costas Taliadoros on January 7, 2019 in Video games 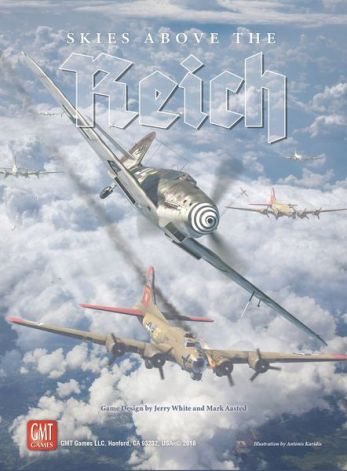 On December 20th we held our annual Christmas Party. This year, for the first time, we organised a raffle and all proceeds (€220) were donated to the Sophia Foundation for Children. I was really pleased with both the size of the donation and the interest shown by everyone. We have also just gone through the 4 Games of Christmas and there was increased participation after each game.

It had been a difficult and frustrating year for the group to be honest but in the last couple of months things have improved. The early signs for 2019 also look very promising as people are showing greater interest in the administration and organisational side in the group.

NEW TO ME GAMES

Skies Above the Reich – Indifferent

Ever since reading Tom Chick’s review of the game this has been my most wanted solo game and I purchased it during the annual GMT sale. I am disappointed though. GMT solo games always have a habit of understating their weight. I am constantly looking up charts to see what the die roll outcomes represent. Compared to other GMT games this might be relatively light but for me this might prove too much.

I intend to give a lot more chances but first impressions have proved disappointing.

This was probably the best new to me game this month. A very simple bluffing game which can lead to both tense and laughing out loud situations. It has surprised me because on paper this did not really speak to me but i got it because Shut Up and Sit Down strongly recommended it.

I played this 3 times. The first time the game (3v3) was hugely enjoyable but went incredibly long (2hrs or so). The second time (4V3) was a mixture of strangers and friends. We used a timer that time and the game ended under an hour which was better while still being enjoyable.

The third time (2v2) was disappointing. I am not sure whether it was the number of players or the group. Too competitive and having only one person interpreting your code proved to be a lot more random? Not sure

It definitely needs to  be played under an hour in my book so a timer is a must for this game.

I played this with the family and they liked it. Not something i would ever suggest but i will keep it around because it’s the sort of game they want to play.

1.5hrs of rules explanation….. Seriously. It looks a decent enough game but definitely not something i would want to play for 3 hours considering how many rules there are in the game. I should have never agreed to try it in the first place.

BACK FROM THE DEAD

My friend, thankfully, pushed to get this back to the table and continue our campaign. Such a good dungeon crawler. 2 things i absolutely love are (1) the card play which is a lot more satisfying than any dice rolling and (2)  the exhaustion mechanic which acts as a timer for the game. Helps keep each session to a reasonable and still enjoyable length. Very good game.

The Big Book of Madness – Enthousiastic

I rate this one an 8 but my appreciation for it is higher than that. I’ve never played it with 4-5 but i suspect the sweet number is 3 which is how i played the last 2 times. One of my favourite co-op games due to the high player interaction. It’s short enough where playing back to back games is very doable. Love it!

Posted by Costas Taliadoros on January 7, 2019 in Board games

Best New to me:

Although i enjoyed some of the other games too, i’d like to play them some more before deciding how good they are.

Posted by Costas Taliadoros on January 1, 2019 in Board games